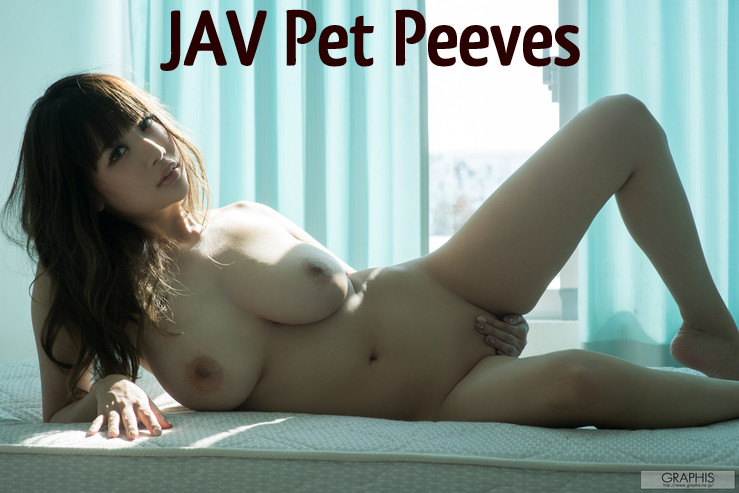 We all have our annoyances when it comes to JAV. They come in all shapes and sizes. Maybe its sloppy kissing, bad lighting, rimjobs or something else. I’m here to give my pet peeves when it comes to jav. There’s really no limit so anything goes really. Can be themes, plots, technical aspects, positions…etc. Let’s start this with…

Sometimes less is more. Now I’m ok with 1 guy and multiple girls for example. However when it gets dialed up to say 3 guys and 3 girls the action tends to get way too messy. It’s often too hard to focus on what’s happening due to all the chaos. You’ll often be enjoying one actress and then five seconds later the camera pans to another actress. These types of scene often never work for me personally.

Absolutely hate this. Can’t stand to watch a guy either suck a girls tongue out of her mouth or slobber all over body like a puppy. It’s especially worse when they lick their armpits and other strange places. And the noises they make are just the worst. I dunno who gets turned out by this but more power to you.

The soapland theme as a whole is one of the most boring and dull themes ever imo. They’re the same thing literally every time. They incorporate lots of kissing, grinding, washing/soap play and always use the same settings. Not to mention the action is incredibly slow paced due to all the buildup and foreplay I just mentioned. I can deal with one soapland scene in a video but if it’s JUST soapland…I sleep.

This includes everything including kissing, licking and pinching. It’s very dull and too much time spent on it can bring an otherwise great scene to a screeching halt. It just doesn’t do anything for me at all. Not my cup of tea.

Lighting can easily make or break a scene. There’s two types of bad lighting. You’ve got too bright lighting where it’s like the sun is going supernova outside and just looks very unnatural. On the other side of the spectrum there’s too dark/dim lighting which is worse for me at least. Can’t stand the scenes where the only source of light is via a lamp in the back corner. I’m all for ambience and setting the mood but let me see damn it.

Not my thing at all. Doesn’t turn my on whatsoever and is kinda gross, at least to watch. Whenever a rimjob is happening on screen I usually just hit the fast-forward button.

This factor can really ruin any potential a film has. When the film has two actresses on the cover together it’s only natural to assume they must interact to some degree right? Nope. The two examples down below are just some of the biggest offenders. In these videos the actresses lightly touch each other maybe a few times but overall it amounts to nothing. Don’t get me wrong, seeing the pair together in a scene can still be great. However when they avoid each other at all cost and don’t acknowledge one another it’s so disappointing. 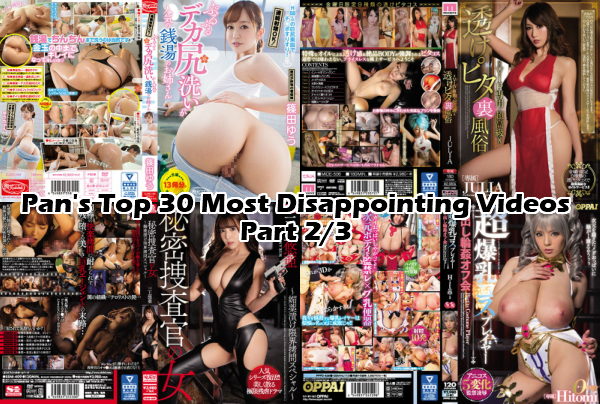