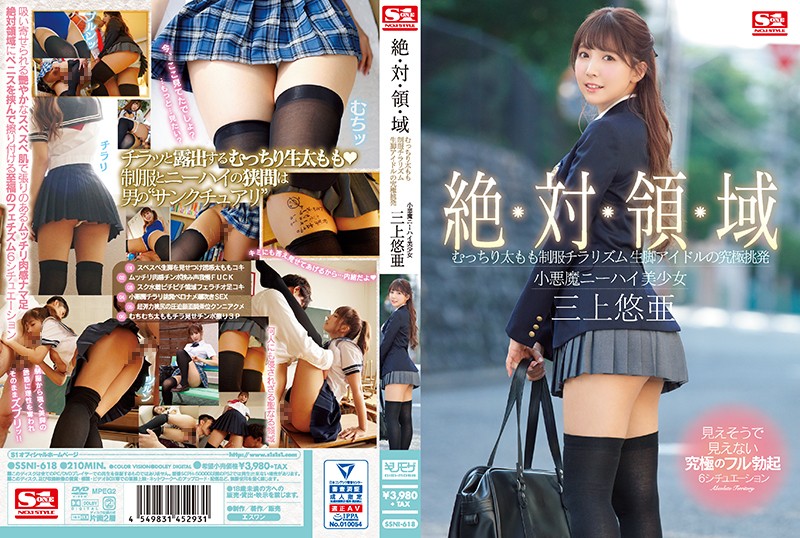 Yua plays a schoolgirl who’s lovely thighs and knee-high socks turn on all the guys. They can’t help themselves but want a taste and Yua is happy to oblige. The video has several scenes with various outfits and uniforms, all centered around her thighs and socks, including three sex scenes. The video is 3.5 hours long.

The video has no real plot, it’s pretty much all centered around the theme. Individual scenes have varying amounts of setup but the setup all devolves into Yua’s thighs look nice with those socks on. The theme really sells the knee-high socks well and makes them a focal point, for better or worse. It can be really good if you like the theme and like Yua’s thighs and mediocre if you don’t. I would say I like the theme and her thighs, although they’re nowhere near top tier. Yua just isn’t thicc so there’s a certain missing quality to them. I didn’t dislike the theme as it was presented here, but I did find it somewhat repetitive. Focusing on her thighs as much as they did, with the 3.5 hour runtime, made it feel like they were just doing too much of the same.

Yua’s appearance is definitely the highlight of the video. As much as I wish she was thiccer, I did enjoy the outfits. I tend to quite enjoy any sort of legging (especially when fully nude) so I was happy to see it here. Even if Yua was never actually fully nude it still went well with the uniform she had on. Yua herself just looks nice, and I think she makes a believable schoolgirl. I quite enjoyed her in the swimsuit outfit as well, especially with the pigtails.

The sex was good but a little bit lacking. I definitely enjoyed watching her in various positions with her thighs at the forefront but it sometimes felt like there was just too much emphasis on it. The guy would basically worship her thighs and at some points I found myself wishing there wasn’t that strong of an emphasis. There is such a thing as focusing too much on the theme to the point it’s problematic. Especially during non-intercourse action, there was just so much outercourse of her rubbing cocks against her thighs in some way. And again, as nice as she does look that does get boring after a while, or if there’s too much in a particular scene.

Yua’s performance wasn’t bad but wasn’t great either. I found at times she had some good expressions and she generally seemed to vibe with the theme. She was often enjoying the guy worshipping her thighs in a nice, endearing way. That being said, she didn’t really perform well during intercourse. She went with a fairly typical approach to just moan a bunch and call it a day. I’d say the best was during the library scene where she had to be quiet to avoid getting caught by the other guy studying. While it wasn’t a perfect performance there I was certainly happy with her keeping her voice down and happy with how they were forced to interact in that scene. 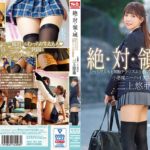 What Have You Been Watching?

Why I Like Aino Kishi and Why You Should Too.