Joining what I now christen: the no-panty massage parlor JAV shared universe, IPX-161_Himawari_Yuuzuki brings us five scenes in the same vein as the venerable CJOD124. All of the scenes more or less centering around a massage, IPX161 does its best to spice things up with different costumes per scene but does it live up to the fantasy that the drop dead gorgeous masseuse girl is going commando under her skirt? It does for three scenes involving skirts, but sadly only one of them utilized the upskirt shot to great satisfaction. Her performance was uneven for me, strong for the first scene but as the movie went on and her chance to act out a faux massage scene became more sexual performance-focused, she became more technical in the sex positions. Camera angles will fill your screen with 85-90% of her ass throughout most of the scenes as the majority of them are POV. Makeup looks great, nice lighting, colors for her costumes make her come alive, and she gets oiled up quite a bit which is terrific.

First scene introduces her in a black masseuse uniform interviewing the client. As she’s sitting down, you’re treated to a peek of her pussy underneath so you know as the massage plays out, she has nothing on. The under the skirt camera angle during the table tease does not last long as she quickly flips you on your back for the main event. As disappointed as I thought I was going to be because of the limited views under her skirt, she more than made up for it by sitting on the actor’s stomach for a lengthy tease of her reaching forward exposing more of her asshole and bare non-penetration over his dick. Reverse cowgirl position is the highlight for this scene as the action is solely on the table and she looks terrific in full uniform with black thigh high stockings.

The great: in full HD you’ll see a string of clear substance trailing from her pussy when she leans foward

The good: the rhythmic movement of her ass in reverse cowgirl

The bad: not enough under the skirt camerawork

Second scene is played out pretty much like the first one. She’s sitting on his chest grinding, skirt comes off to reveal nothing underneath and she’s getting her ass tongued for a bit. This scene and another one had a twist ending: no penetration. Some light BBBJ from her and she lunges forward to grind her cheeks on his dick for a finish.

The great: the fantasy that this could happen in real life in a massage parlor (editor’s note: money talks so pony up the cash and this definitely can happen)

The good: if you’re a quick shot, this scene is fifteen minutes in length so you can just let it play all the way through

Third scene is her in a pair of black stretchy pants which come off to reveal her membership in the no panty club. Nice touch with her having a bra to remove as her going commando feeds to the fantasy that she’s some sort of freaky girl who gets off showing the goodies (editor’s note: never mind, had a story to share but, just never mind). Reverse cowgirl into doggie, and she’s letting off some nice moans.

The great: her massage around the pelvic area and finally sneaking into the boxer shorts of the actor was well played

The good: takes place on a bed so a lot more varied in position

The bad: she gets oiled up while wearing black pants, had it been white and then became see through, then sure it would’ve been more interesting

Fourth scene is in a two piece, robin egg blue bikini. Inside a shower room, this scene is the other surprise ending I mentioned from before. This is a non-penetration scene with the finish taking place on the small of her back while she’s in doggie. Good variations to get to the ending; light HJ, using her inner thighs for stimulation, even placing it inside her bikini bottom and simulating penetration.

The great: light kissing to sweeten the moment

The good: no shadows in the room and her face looks gorgeous in the lighting

The bad: no penetration, I mean, c’mon!

Last scene is the VIP portion of the massage experience. Decked out in full masseuse uniform, she gets stripped, oiled, and lightly rimmed. As the scene is primarily “let’s get to fucking”, she didn’t do too much of the masseuse role play which I was enjoying from her. She had her head tilted down while she was on top which bothered me somehow. But overall it was a paint by numbers scene which was a shame because she was letting off some good vibes indicating that she was into it but instead of rolling into the next position instinctively, she was told to go another position.

The great: nice subtle, quivering motions from her

The good: laid out on her stomach being drenched in oil

The bad: sexual positions too mechanical

There’s plenty to love in this movie, and for that matter, this shared universe. She is beautiful to just stare at and her facial emotions look believable. Maybe it’s the studio’s fault for having a checklist of positions for her to go through, but this movie could’ve been so much better if they let her play the masseuse role for just a little longer and let the camera enjoy her before the sex starts. I certainly don’t have a problem with her getting down to business, but with her face I could definitely use a few more minutes of her staring back at me while her pantyless bottom is staring as well. Catch this when you get a chance because it’s a 3 out of 5. And make sure to give back to your community, visit your local massage parlor. 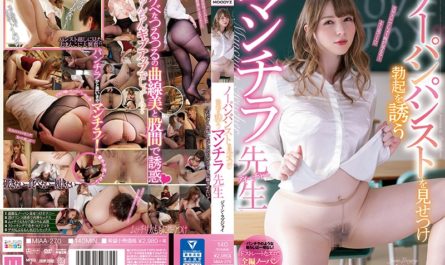