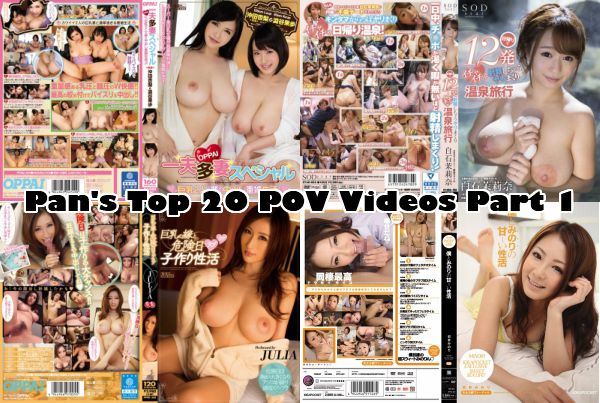 Short for “point of view” which specializes in first person camera view. This can a very effective tool in making the viewer feel more involved and connected to the action and plot. Sometimes it’s handled very clumsily and in other cases, such as in this list, they’re executed to near perfection. So I thought I’d give my opinion on what’s the greatest pov videos in jav. Now I haven’t seen every pov video obviously as that task is impossible so there could be a video I’ve missed. Also I’ll be splitting this into two parts so it’s not overly long. That being said here’s my list in order starting with…

“The Super Sweet Life With Jessica And Arisu Under One Roof”

Kicking off my list with what is certainly one of the all time greatest pov series ever in jav. The premise is pretty simple as it revolves around you being roommates with two good friends in Jessica and Arisu. This video is definitely an experience which is what pov should provide. Overall it really draws you into the premise and greatly enhances even the usually mundane foreplay. It starts out innocent enough but once Jessica catches you watching porn early on it quickly escalates from just her fucking you into full on threesomes. Which leads me to the action and as a whole it’s entertaining from start to finish. Several great one-on-one sex scenes and threesomes. Also the camerawork is on point and the frequent interactions between the two are great as they grope and play with each other constantly. And their performances are equally amazing. Very engaging which is vital for pov and there’s little whining to be had. They’re super bubbly and upbeat here. Lastly they both look top notch. They definitely make a good pair as they have similar body types and look stunning next to each other. All this makes for a standout entry in this pov centric series. And don’t be surprised to see another entry or two from this series on my list.

“On Days When Our Parents Aren’t Home, My Big Tits Sister And I Fuck Each Other’s Brains Out”

Want to make a baby with Julia. Get to experience just that is this fantastic video. The plot features her as your girlfriend as she is currently ovulating and wants to have a baby. So with that she and you have sex constantly trying to strike gold. It’s a pretty enjoyable premise that is certainly made better with the pov aspect. First off the action is superb with multiple creampie sex scenes and some good paizuri to boot. What’s really nice is that it all takes place in a day starting off in the morning with her waking up you for some early sex and ending the day with some bedtime action. Each scene also features some really memorable scenarios such as when she wants to fuck but for whatever reason you don’t want to so she pouts and ends up playing with herself in front you till you give in. In addition her performance is quite solid. She’s not 100% flawless but she’s relatively engaging, active and plays her role well. Beyond that what could be the best part of this video is Julia’s stunning appearance. She was in her physical prime in this one with her body, face and boobs all in immaculate shape. Also her wardrobe is decent too with a few nice outfits but nothing truly remarkable. You just can’t go wrong with this video. Excellent premise, great pov camerawork, fantastic sex and Julia looking super sexy. What’s not to love?

“Sweet Lifestyle of Minori and Me”

It’s no secret that I’m a huge, huge fan of Minori Hatsune so me including this on my list somewhere shouldn’t be a surprise. Much like the previous few entries the plot revolves around you and her being in a relationship essentially giving you the girlfriend experience. One unique facet of this is that she works as a dentist so expect some scenes to take place in a dentist office and some cute bits of her brushing your teeth. Which leads me to one of the nicer elements of this video which are all the “filler” bits. Moments such as her brushing your teeth or playing in the bathtub really help draw you in. That extends to her performance which is exceptional. She’s really bubbly, energetic and expressive. Honestly her acting is nearly flawless. Of course I can’t forget to mention the action which again is incredible. The video itself is 3 hours long containing multiple sex scenes and blowjob scenes that are all handled very well with great camerawork and lighting. But perhaps my favorite aspect is just how utterly gorgeous Minori looks. She’s without a doubt the cutest actress ever imo. So adorable and pretty with a sexy body. And in the case of this video she’s in impeccable shape and her wardrobe is very nice. I could go on and on about her but I’ll stop there. If you’re like me and love Minori Hatsune this is absolutely one to watch. Hell even if you’re not a fan(which is impossible) then maybe this will change your mind.

STAR-665 stands as one of my personal favorite Marina videos and is one that everyone should watch. Featuring a decent plot that’s handled extremely well with great use of pov. Basically it’s you and her going on a trip to a hot springs for some fun. The action is definitely a highlight here as the sex is plentiful and the location variety helps keep things interesting. Yes most of the scenes take place at the resort but some happen in the hallway, bedroom and in the hot springs themselves. The video flows really nicely as well never spending too much time on one scene. While there is a good bit of setup in between the scenes with her flirting with you its still great to watch due to her flawless performance. Flirtatious, lively, energetic and incredibly bubbly. Marina has risen to become one of the best performers in jav right now and this is a perfect example of her work. She turns even the average handjob scene into something deeply engaging and amazing. Her facial expressions are also some of the best mainly due to her incredible eyes and smile. And of course she looks utterly gorgeous and vibrant here. Easily one of the most beautiful actresses in jav right now. All this makes for a standout pov experience that easily makes my list.

“Living With a Slut, 24-Hour-Creampies”

I’ve noticed when it comes to this video some people really love it and some really hate it. I however fall in the former camp as I absolutely loved this. The plot presents you with the ultimate fantasy of being married to both Anri Okita and Kaho Shibuya. And in typical jav fashion they each want your dick and creampie very badly. The one main reason folks often cite as a weakness with this video is the lack of girl-on-girl action between the two. I understand the criticism but the plot is meant to focus on your pleasure and fantasy. Also the premise really ever promises any sort of action like that. Anyway speaking of the sex it’s very good with several threesome scenes along with a few one-on-one scenes. Overall the film balances out the action quite well and handles the pov aspect nicely. Compounding this is their fantastic performances. Their chemistry together is terrific and both are incredibly engaging and expressive. They really pull you into the fantasy. And of course they both look absolutely stunning. Anri in particular looks super sexy but Kaho is no slouch either. This is a perfect example of quality pov. Giving the viewer a unique experience and indulging in a fantasy that I’m sure most of us would love to have. Everything from the plot to the action to the performances are on point. A definite must watch for pov lovers.

Shunka Ayami for me personally is hit or miss. A lot of her work with Prestige feels and looks the same, especially the covers. But this one really surprised me and managed to earn a spot in my top 10. The premise here revolves around several different scenarios all shot of course in pov. There’s 4 in all but one is largely forgettable as it’s just a blowjob scene in a library. But thankfully the other scenes are fantastic. Starting out with you eating at a ramen bar and her pulling you into the bathroom to fuck her. Then in another scene you’re in the hospital with her playing your girlfriend. While she’s there visiting you end up having sex right in the bed. During all this the doctor comes into the room a few times so there’s a great risk element to it. The last scene is a bit strange as it has you watching Shunka getting fucked by your friend, at least I assume. But then after that he falls asleep and she turns her attention towards you and proceeds to have her way with you. It’s no doubt a little  but honestly it may be the best scene of the bunch. Her performance throughout is quite good as well. From seductive to submissive and even a little dominant she plays it all. Can’t forget to mention how utterly amazing she looks here. Shunka Ayami’s body is incredible and she’s in top form here. Slender, beautiful and great boobs. Whether you’re a diehard fan or new to her I can’t recommend this enough. Superb action, varied scenarios and Shunka looking stunning. What’s better than that? 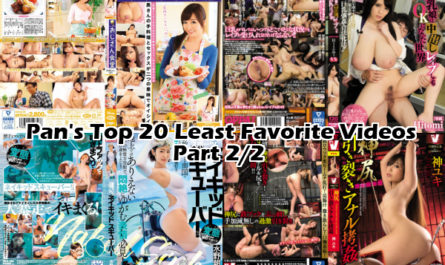 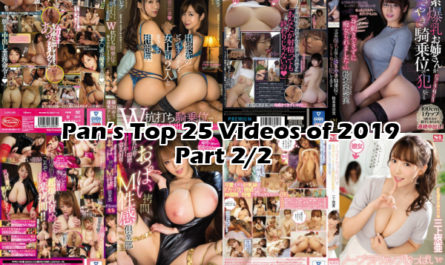