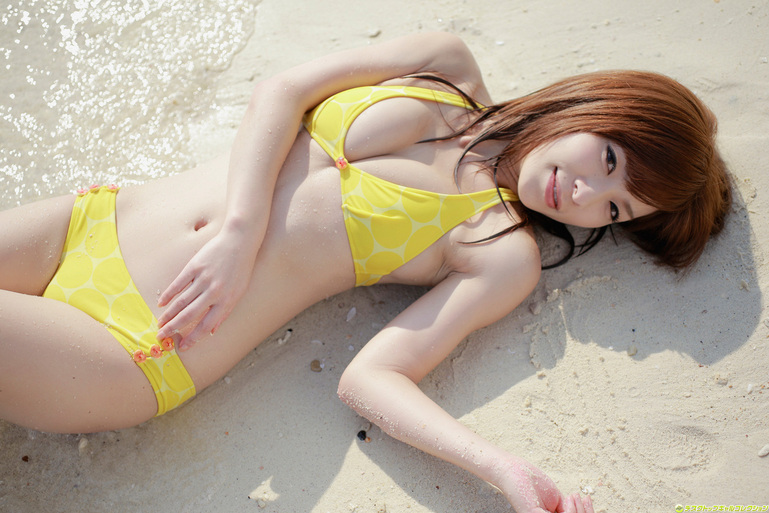 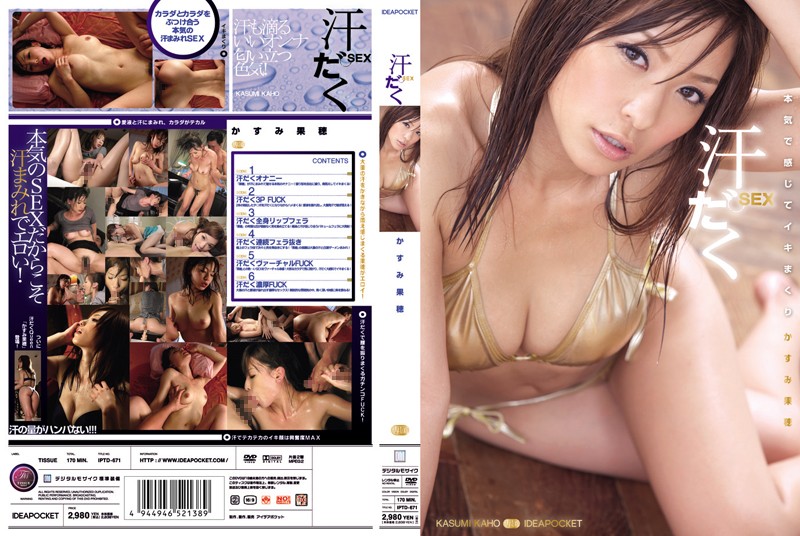 Kaho Kasumi and sweat. What a wonderful combination. Kaho is known for how sweaty she can get during scenes and a whole video centered around that is just amazing. Tons of sweaty action to be had here. What else could you want. 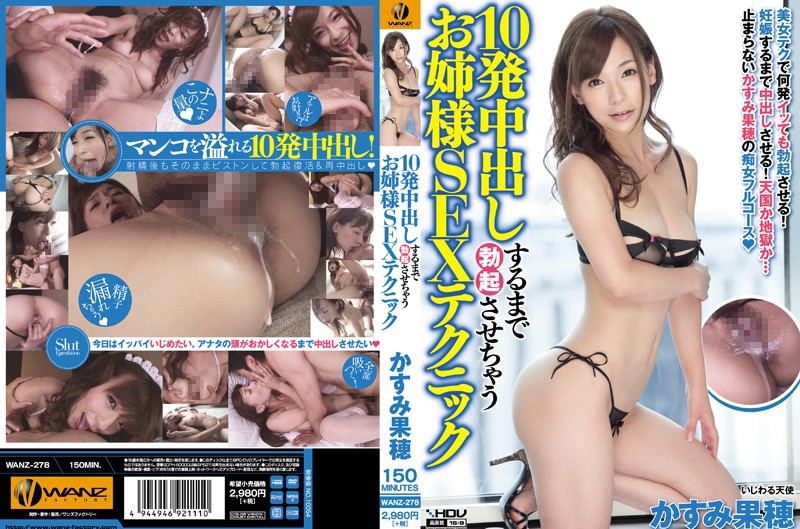 I’m usually not a huge fan of this series but I was quite surprised by Kaho’s entry. For those unaware it revolves around Kaho and the actor having sex over and over inside a hotel room. There’s tons of creampies although they’re definitely fake. However her performance, appearance and the overall action are terrific and really help this video standout. 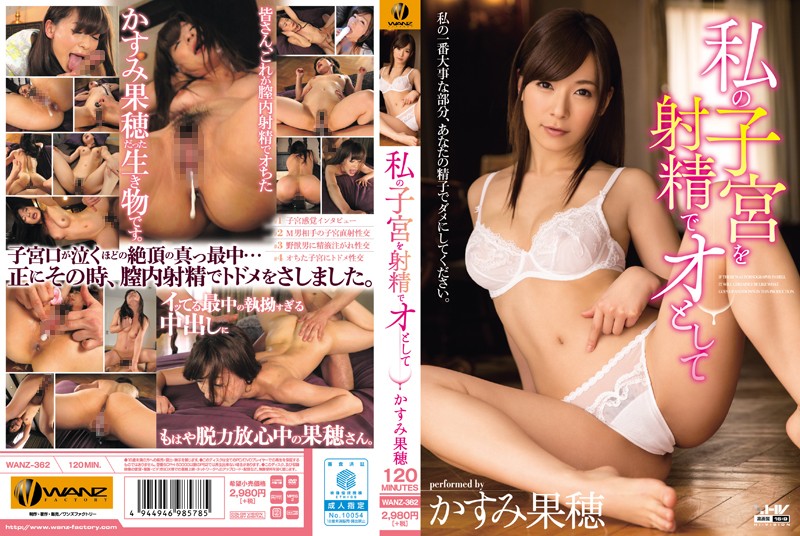 “Nooky & Creampies With Kaho Kasumi As Your Live-In Girlfriend“ 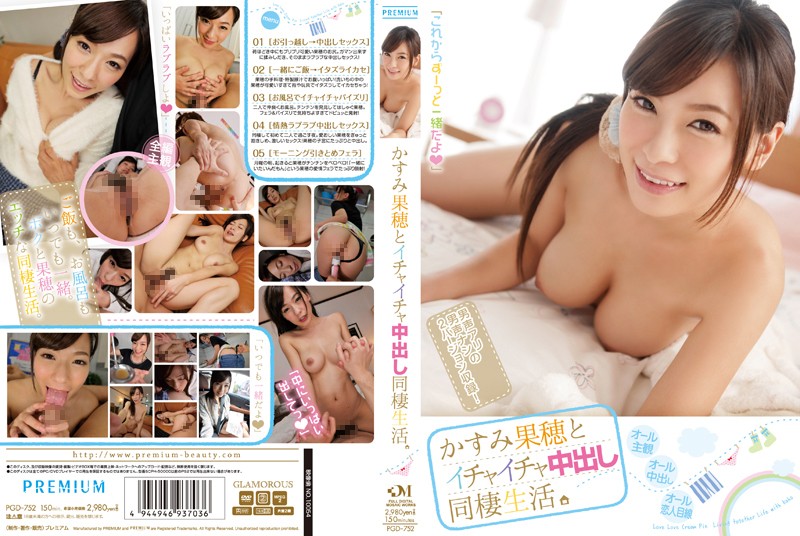 I’m always a fan of these sort of setups with giving you the girlfriend experience through pov. And of course one with Kaho is just too good to pass up. She really brings the premise to life with her incredible and engaging performance. Not only that but the action is solid and she looks stunning as ever. Definitely one for pov fans to check out.

“I Work at a Small Town Real Estate Office“ 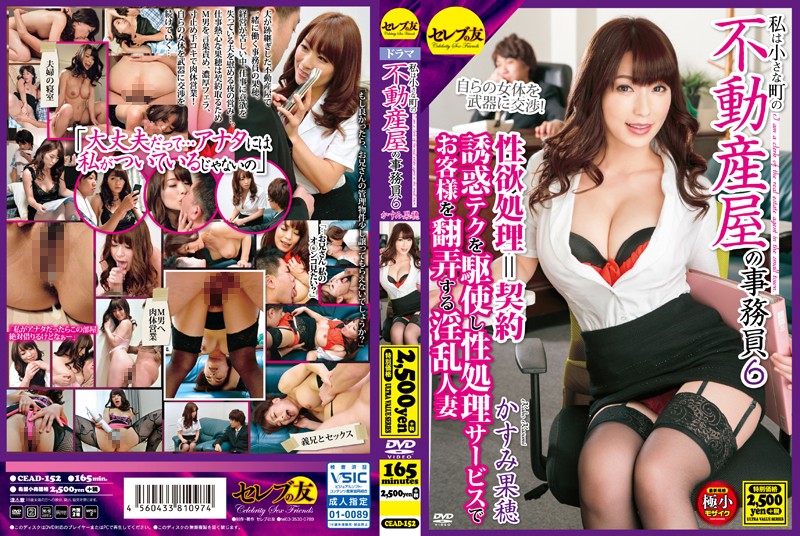 This one boasts an entertaining and sorta unique premise. Kaho is a real estate agent who seduces her clients into sex so she can strike a deal. It’s a plot that is made for her and she absolutely delivers. Her performance is fantastic and her appearance is outstanding. If you wanna see her show off her seductive side then this is one to watch.

“The Teasing, Pull Out Slut Who Tempts With Dirty Talk- The Neighbor’s Wife Enjoys Keeping Me In Anguish” 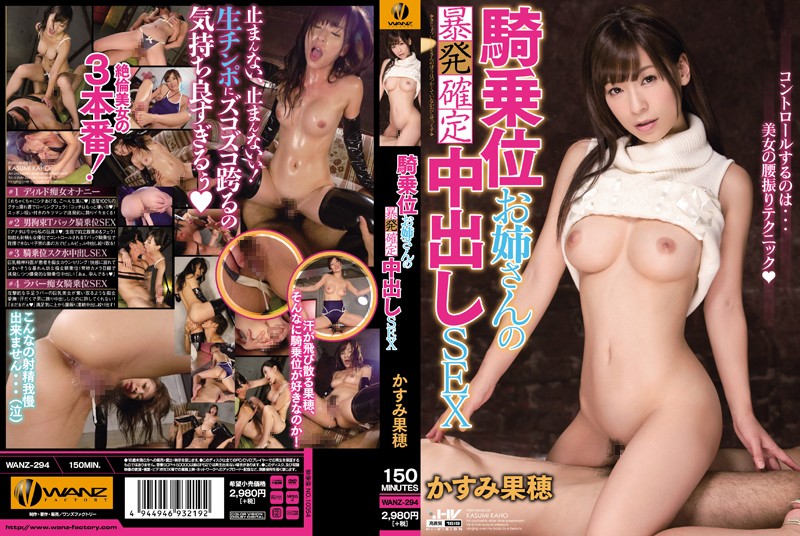 This series was one of my favorites from WANZ Factory and Kaho’s entry in it is nothing short of spectacular. The focus here is on the cowgirl position and Kaho taking control and being rather dominant. Not to mention the abundance of creampies(though likely to fake).  While the premise is centered around cowgirl there’s still a fair amount of variety in the scenes. From fucking a guy blindfolded and tied to a chair to a pov sex scene and last but not least the final and best sex scene that is a must watch. Adding to the amazing action is her dominant and very energetic performance. As per usual she gets super sweaty as she rides and grinds with unmatched enthusiasm. And some of the positions she fucks in during the last scene are just beyond words. She looks stunning as well wearing a few nice outfits with the last being the standout. Kaho Kasumi in latex while being covered in sweat is just too good. All in all if you enjoy cowgirl sex, creampies and  dominant and energetic performances then this is a can’t miss video. At least for the final scene which is an all time favorite scene for me personally. 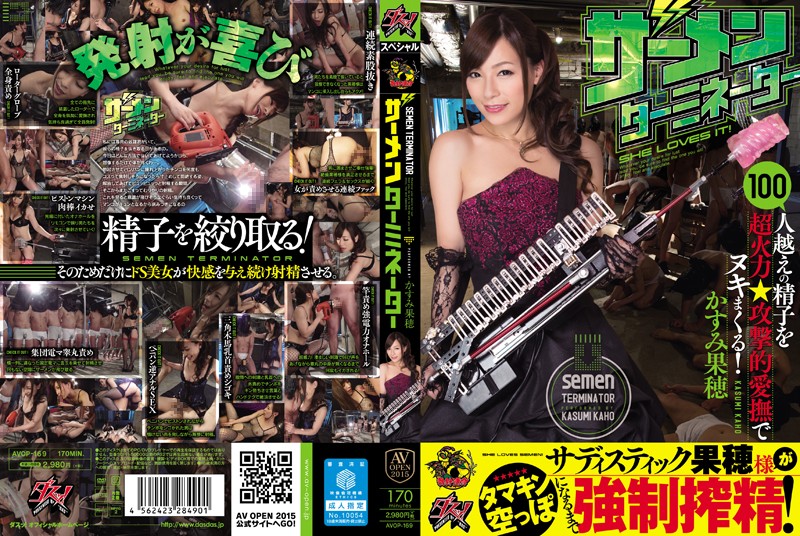 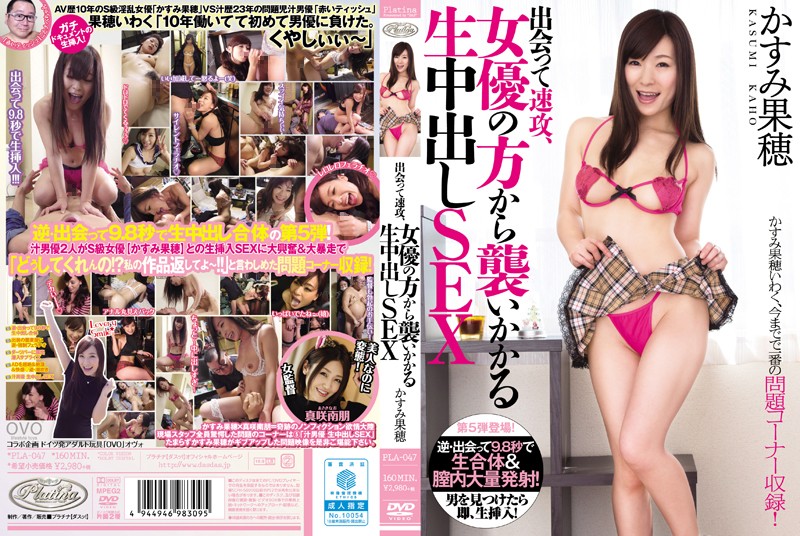 By now I’m sure you’re all aware of “DAS” studio and this director Nao Masaki. They’re responsible for such masterpieces such as PLA-045,PLA-058 and AVOP-371. Do they deliver another masterpiece? Hell yes. Anyway this particular video bears the same premise as other videos in this series. Kaho Kasumi surprises and jumps on guys and just starts fucking the shit out of them. Such as giving a blowjob to a food delivery guy or screwing two “random” patrons in a bar ending in several creampies. Hell in some scenes she makes the guy cum twice in a row. The sex is all very intense and thoroughly entertaining. In addition her appearance is top notch too as she wears some sexy outfits and she herself is in superb shape. Now what really elevates this video to the next level is her flawless and outstanding performance. Hands down not only one of her best performances but also one of the best pieces of acting I’ve ever seen. Everything from her facial expressions to her enthusiasm and her engagement is just exceptional. It never feels forced forced or faked from her. It feels like she is just genuinely having a good time and is completely natural.  Kaho Kasumi is an expert and shows why she’s one of the best performers.

“A Cherry Boy Punk And His Auntie With The Big Tits A Nephew And His Sex Life 3 – A Wife Of Childbearing Age Gets Cumtastically Good Sex 24/7 From Her Nephew’s Always Rock Hard Cock, Unbeknownst To Her Husband” 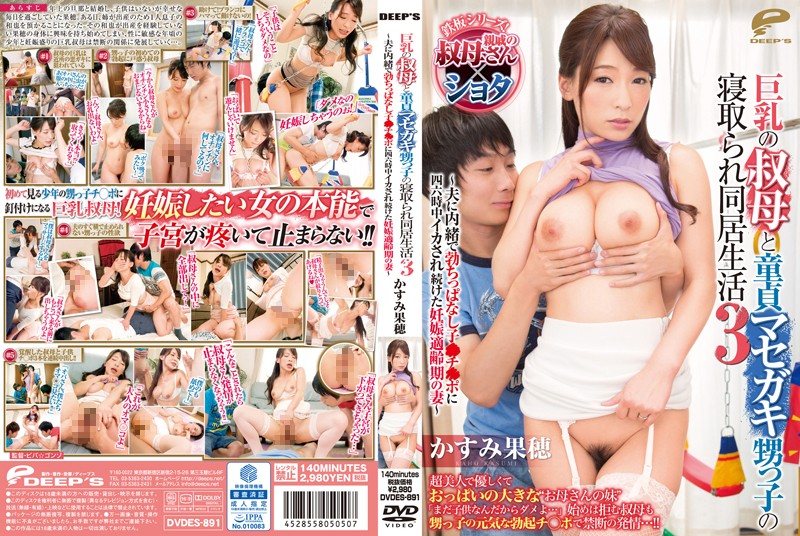 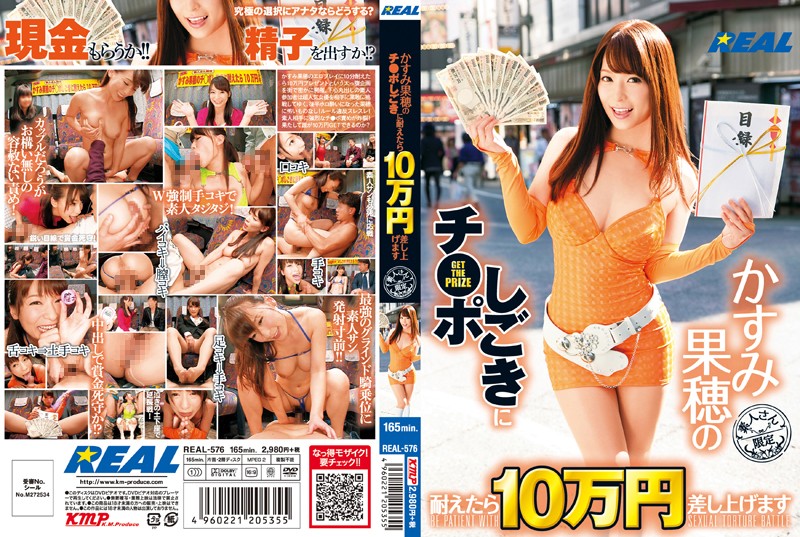 “The Young Wife Next Door“ 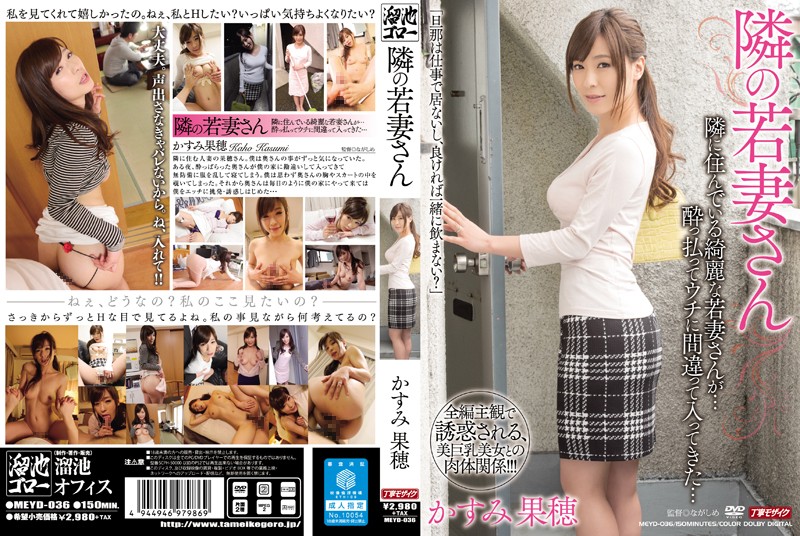 A pov experience with Kaho Kasumi playing the slutty wife next door? That sentence alone should sell you on this. It starts out innocent enough with her visiting you for some drinks alone. But she eventually drinks a bit too much and gets a little frisky leading to the two of having sex. Basically then the rest of the video is you guys having an ongoing sexual relationship while keeping it secret from her husband. It’s a great plot that certainly fits in Kaho Kasumi’s wheelhouse. As you can probably guess she absolutely nails her performance here. She’s super frisky, flirty and incredibly energetic. From start to finish she really knock it out of the park with her acting. In addition the action is amazing with several nice full sex scenes and the pov aspect is handled expertly. Rounding all this out is Kaho’s gorgeous appearance. Also a thing to note is that she gets quite sweaty in several of the scenes here which is always a plus in my book. If you’re a pov lover then I strongly recommend checking this out. You won’t be disappointed.

“Awakening Gas Acme, Drive Her Crazy And Fuck Her! Inhaling The Aphrodisiac Gas That’s All The Rage Overseas“ 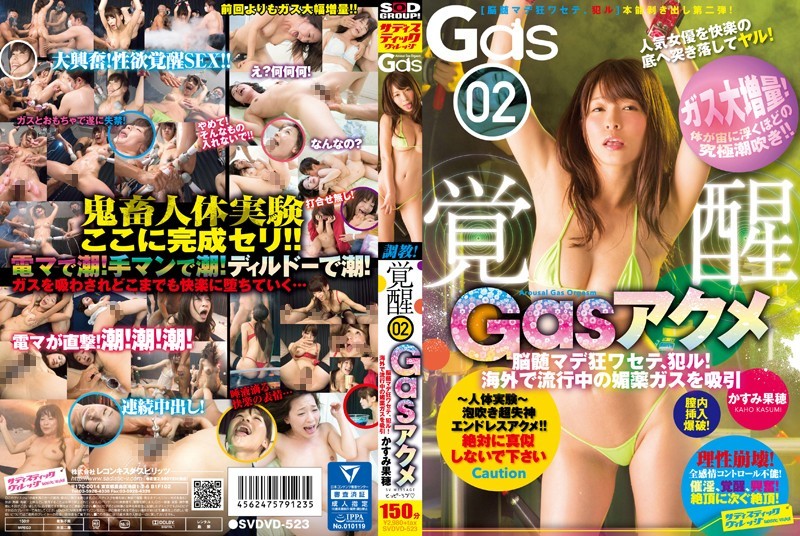 By far one of the most bizarre and yet entertaining video Kaho Kasumi has ever shot. The premise revolves around the use of an aphrodisiac gas that I believe is called “poppers” but don’t quote me on that. Basically what it does is that it will relax smooth muscles throughout the body, including the sphincter muscles of the anus and the vagina resulting in an immediate increase in heart rate and blood flow throughout the body. This will produce a sensation of heat and excitement that usually lasts for a couple of minutes. Definitely wins points for originality(I’m aware it’s probably fake but it’s still entertaining). So I’m sure you can only imagine what Kaho Kasumi all drugged up on aphrodisiac’s is like, right? She pretty much loses her damn mind from ecstasy. She’s very intense and expressive while being incredibly energetic as well. No dull moment to be had. Which leads me to the action which is just as entertaining the highlights being a nice group blowjob scene and a gangbang scene at the end. In that scene they pump the room full of that gas and Kaho gets her brains fucked out. And there’s creampies as well. Also she looks as brilliant as always especially with how sweaty she gets in some scenes. If you’re looking for something a bit different then look no further. 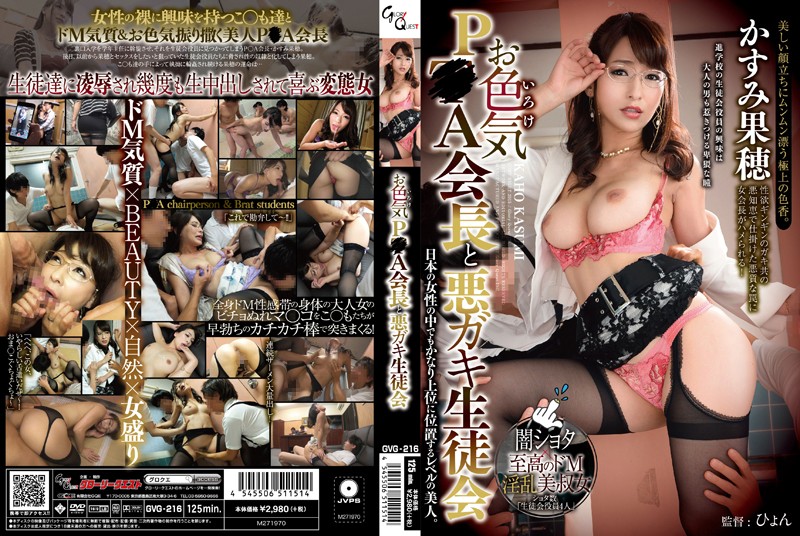 This is probably my favorite series from GloryQuest and an entry with Kaho Kasumi is a no brainer. Normally I’m not a fan of rape themed plots but I really like the premise with this one. Just like the rest of the series the premise revolves around Kaho playing a PTA president. She has an affair with a faculty member and during which a few students secretly film it. So as expected they use it to blackmail her into sex. Then at the end they all fuck her in front of him while he’s restrained. Part of what makes this video so great is Kaho’s strong and dynamic performance. In the beginning she starts out rather submissive and resistant as you’d expect. But eventually at the end she becomes a willing participant and is overwhelmed by pleasure. Not to sound like a broken record but once again she’s also very engaging and enthusiastic. Helping solidify her performance is her appearance which is another home run. Her wardrobe consists of the typical teacher garb and some lingerie that all look amazing on her. Also she wears a pair of glasses throughout which really help complete her overall look. Now I will say the action is a little hit and miss but the full sex scenes here are outstanding. They’re all group scenes and feature loads of creampies. Plus the technical aspects such as the camerawork and lighting are all top-notch. You’ve got a great plot, dynamic performance, good action and plenty of creampies. What more could you want? 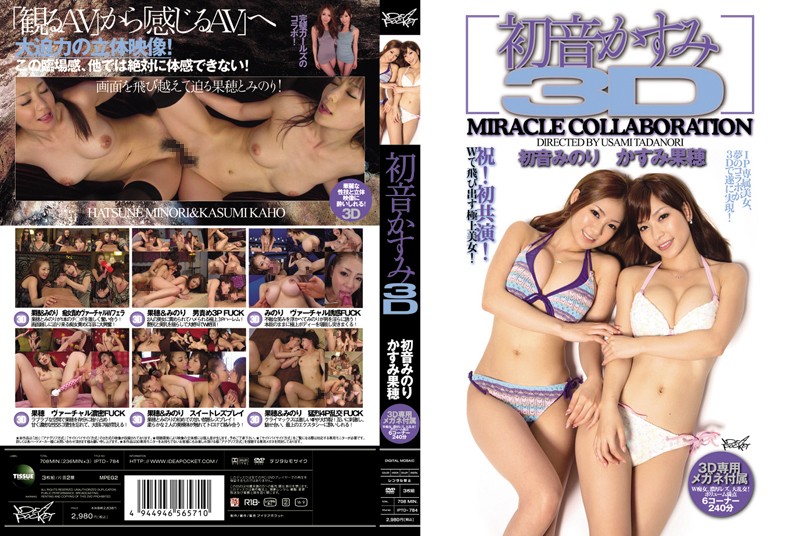 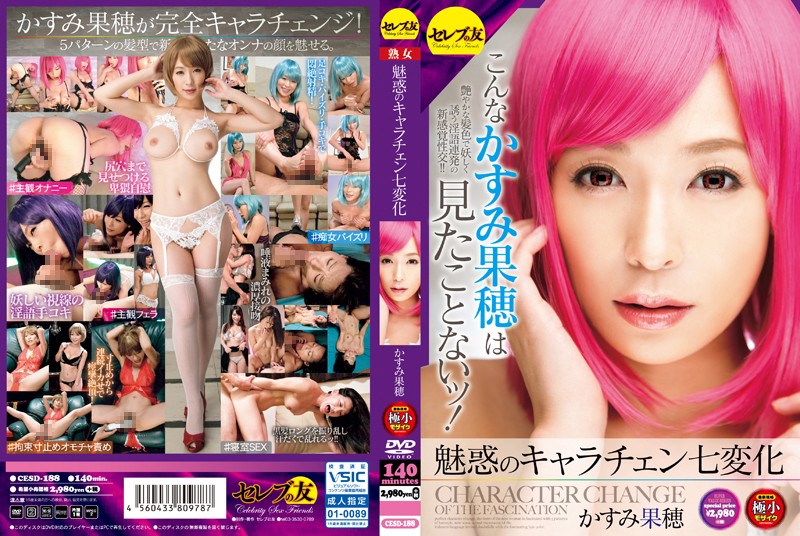 I just couldn’t get into this at all. She wears a variety of wigs but they don’t play any sort of role in the plot whatsoever. They just look out of place and don’t fit her at all. Also there’s something off about the whole look of this film. Plus the action is pretty dull. Maybe some of you will enjoy this but certainly not me. 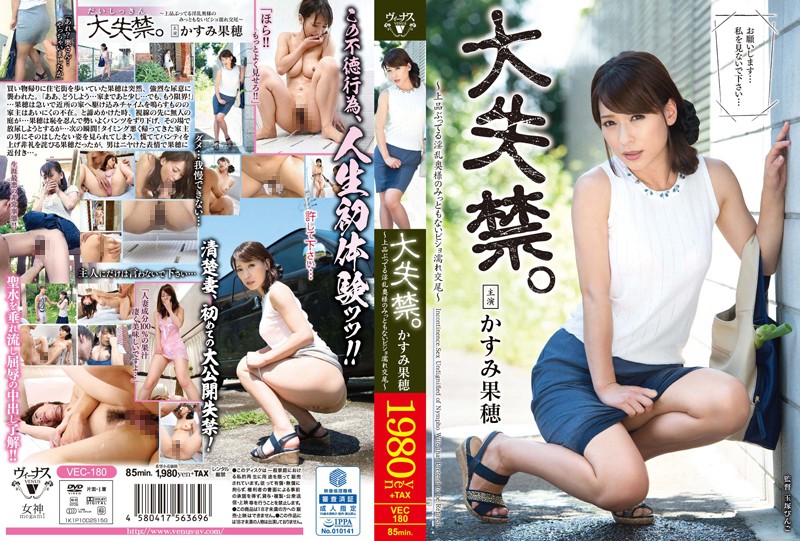 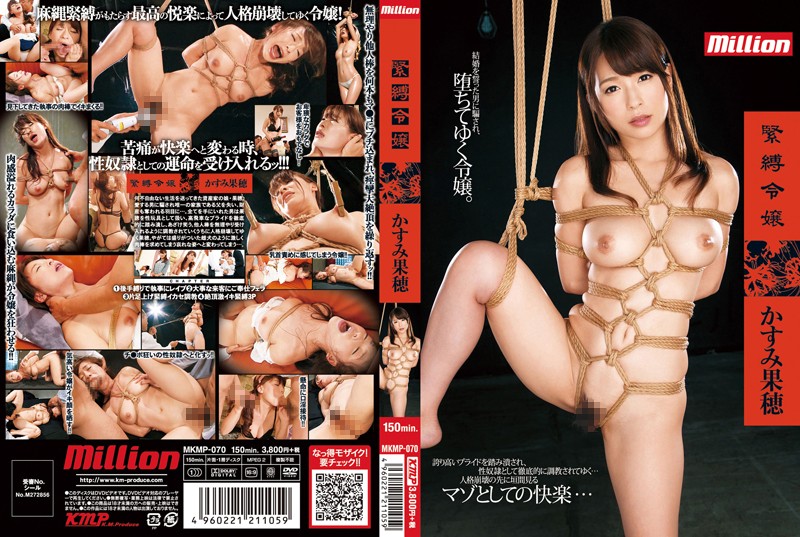 Heavy bondage and lots of ropes. Two of my absolute least favorite things. I only briefly skimmed through this before I promptly “noped” out of it. This sort of theme is just not my cup of tea in any way. Nothing else to say really. Avoid at all costs.

By now I hope you’ve gained a bigger appreciation for the lovely and foxy Kaho Kasumi. I always feel like she’s a bit underrated which is a shame. She’s easily one of the all time best performers to ever grace jav. Always giving it her all and coming off as extremely natural. Not only that but her body is super fit and super sexy. She was definitely a legend and will always be remembered. 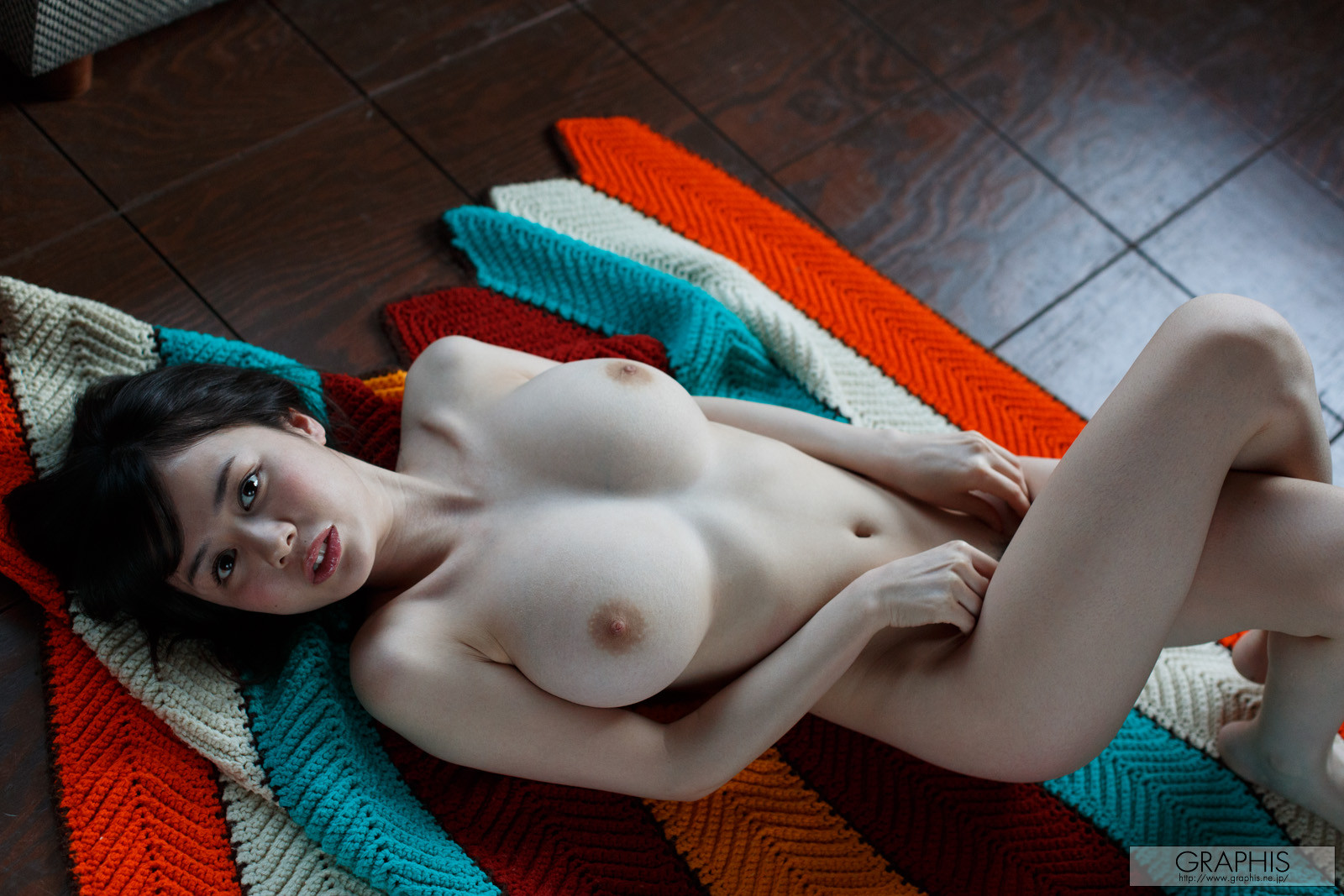