Hey everyone, recently I’ve been doing a lot of work on my gifs. It got me thinking that maybe people might enjoy learning about how all of this is possible. I figured since some people might be interested that I’d write a little something about it. So let’s first talk about how Gfymaker started and why I decided to work on this project. After that I’ll go through what my normal process for posting gifs is like and explain how the different steps work.

As people know I run a bunch of subreddits for actresses and as people probably also know I’m a programmer. I’ve written some other JAV stuff before this, most notably the JAVLibrarian bot we run on the JDC Discord channel (now with some help). Anyway, when I first started creating subreddits I was making gifs by hand using Sony Vegas. While it was fun it was also extremely time consuming. I eventually started to not make that many gifs and my subreddits just didn’t have the content on them I wanted.

A friend of mine asked about a type of gif I had made and whether I had automated. At the time I hadn’t, but automating the process was an interesting proposition. The biggest challenge to creating gifs was the time, and theoretically I could reduce a lot of the time constraint by automating parts of it. Thus began me writing Gfymaker. This was two years ago.

The above is the gif format in question. It’s a neat way to show a lot about a video in a very concise format. The front cover is also (usually) very indicative of the content inside.

My goal for Gfymaker was quite simple: find a way to reduce the amount of time it took for me to post gifs to my subreddits. I started with a base program to generate gifs and then worked on the other portions of it. Eventually it grew to the project it is today, where it allows me to almost completely automate the gif process. There are some challenges with that and some caveats but by and large it reduces the amount of time I put into it from way too much to manageable on a daily basis. I would absolutely say it’s a huge success.

The first step of the process is to determine which gifs to make. Since I’m posting one gif per actress per week, my goal is always to create gifs for actresses that I need to post. It’s all on a weekly schedule so, for example, Saturday has Yui Hatano and Hibiki Otsuki among the actresses, which means I need gifs ready to go for them on Saturday. With that in mind, I run some code that figures out who I need gifs of based on which actresses I don’t have gifs for and what day it is. If it’s Saturday morning and I’m missing Yui gifs my code will start generating those.

When it comes to making the gifs the code runs and generates according to the input parameters. The input parameters are randomized, so it picks a random video of the actress, a random scene from the video, then picks random times within the scene to slice together. Sometimes it picks 1s cuts, other times 5s cuts. The only real constraint is the 60s limit from Gfycat.

Once gifs are created I manually review them. I’m looking to make sure the gif is good enough to share. Sometimes gifs have bad content in them, the content just doesn’t look good, the gif is all-over-the-place, etc. Sometimes it messes up and generates something really awkward. Other times it generates gifs where the actress isn’t even in it (say in a multi-actress video). So the manual step is very important to make sure I’m maintaining good content for Reddit. I used to post anything and everything and there was a lot of junk.

Once the gifs are done they’re ingested and stored so when I need them later they’re readily available. It helps keep track of who I have gifs for when I can run queries against a database to see what’s ready.

When I do actually need the gifs I first run a script so I can provide the details I need for the posts. In particular I need two pieces of information: the title and the subreddits to post to. I play the clip and quickly come up with something fitting. It’s hard to be creative all the time so I have a lot of generic content, but sometimes I know what I’m looking at and can come up with something better. For the subreddits it defaults to posting to the actress subreddits but sometimes I post them to various other subreddits like japaneseporn2 or javdreams (which I also moderate). I decide this when looking at the gif and seeing how good the quality is. My threshold for posting to the non-actress subreddits is a decent amount higher. This process really doesn’t take long so I run it in the morning most of the time.

After everything’s good to go I finally run one more script to post all the gifs. It uploads them to Gfycat and then when Gfycat is done it uploads to Reddit. Gfycat often takes a few minutes to parse the gif so I wait for that to finish before they’re posted, which again is an automated process. I can simply let this run when it does.

I mostly use it for this process of creating the daily gifs I post. My program is flexible enough that I can use it to manually create gifs (the way I would in Vegas) by supplying the input parameters. When I do specially prepared gifs for discussion posts I’m doing exactly that. We also do that when creating gifs for the Epic Battle of Jav we’re running on our Discord.

The above gif is one of the special ones I created for the Epic Battle of JAV that’s ongoing. I like to refer to these as spotlight gifs because that’s kind of what it is. You get a lot of content from the actress all at once. It’s definitely a lot of information to consume at once but that’s the point. Without having to look at a lot of different content you can get a very quick opinion about the actress. You’ll probably end up watching the gif more than once to grasp everything, it’s really like 6-in-1. It also shows the name at the beginning which I found was quite nice.

So that’s the basis for my program. As you can see, it’s a low-effort way that allows me to create and post gifs. The gifs aren’t the best but I think we can agree that these gifs are better than nothing. It’s been a lot of effort on my part writing code to make it what it is today, definitely a few hundred hours, but it’s also been a ton of fun. It’s also really awesome to see so many people enjoy my product.

Be on the lookout for some more blog posts. There’s a lot of cool new features I’m working on that people have seen so I’ll be writing some more stuff about that in the future.

Who do you want to watch more of than you do now? 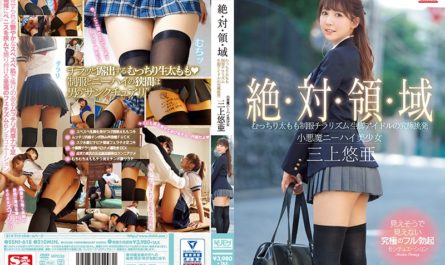