Huge boobs is my number one fetish. Something about huge breasts really does it for me. And I’m not just talking big, I’m talking huge boobs bigger than their head, the kind you’re gonna need both hands for just one of them. I know this isn’t for everyone, and for those who don’t enjoy it, I understand. But I know there are also some who, like me, wanted to see more well-endowed Japanese women.

I think a lot of people don’t really go further than Hitomi in this category; they just don’t really know what’s available or look into JAV that much. Hitomi is just so famous and Japanese women aren’t known for having large breasts in general so people often don’t see quite what’s out there. So for those that want to know more about what the industry has for huge boobs, you’ve come to the right place.

No list would be complete without Hitomi. Hitomi is quite literally the definition of big-breasted Japanese woman. She’s the first one that comes to mind for basically everyone. She’s easily one of the most, if not the most well known actress outside of Asia. Hitomi’s definitely more than just her big breasts, as she’s actually very pretty and a wonderful performance. But at the end of the day it’s her tits that put her on the map.

I think the video itself is the epitome of big tits. It’s literally a video with a focus on her breasts, whether she’s shoving them in a guy’s face, having a guy suck on her tits while she jerks him off, or even using them for self defense! Let’s also not forget that the video is made by Oppai (which literally means boobs) and they’re a studio known for their busty actresses. While they don’t tend to have others that compare to Hitomi, they also do much better work than the studios focusing on breast size.

Fuko is an OG big-breasted actress. She’s been retired for a long time but those who’ve been watching JAV for a while and like big breasts will remember her. There just aren’t a ton of actresses with breasts this big so when actresses come around with breast that big it tends to be memorable.

Ria Sakuragi is probably the first name that comes to mind when someone asks for an actress as similar to Hitomi. She’s slim and busty, the two main physical qualities people remember about Hitomi. Fun fact, the two have even done a duo video together!

The studio, ABC / Mousouzoku is also known for its busty actresses, and while not everyone there is quite as busty as Ria there’s plenty of good content there. In fact, the next actress on the list has both worked with Ria and this studio…

This particular video got picked because it was for the studio Maguro Products. Maguro is known for their thicc/busty actresses and for big boob lovers like myself they’re prefect. The videos generally have two focuses to them: public and tight/skimpy clothing. The videos all take place in public areas, this one having scenes on a bus. The videos all focus on clothes that show off the actress’s body and you can see that from some of the clothes on the back cover. So if this video is something you enjoy, chances are you’ll enjoy everything else from them.

BOMC is a studio dedicated to pretty much exactly what the cover depicts: huge-boobed amateurs. While the facial blur can really suck, I don’t think many people are watching this because the actress is pretty. They tend to just have amateur random actresses with huge boobs, regardless of their body, face, age, etc. The videos themselves aren’t even that good, but if you want huge boobs, this is where you should be. 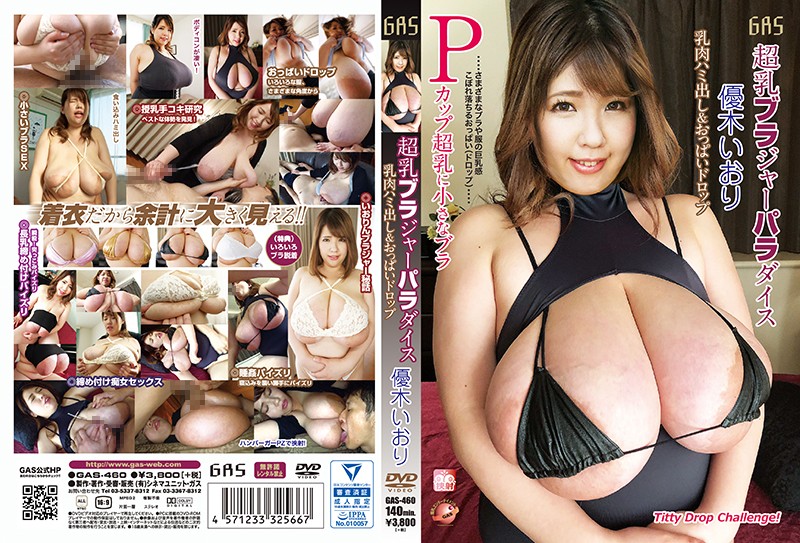 Iori Yuki is one of the best new busty actresses. Actresses that have breasts that compete with Hitomi’s size are rare and with Iori being P Cup she definitely has that. Yes, Iori is a little bit on the plus size but that often comes with having breasts this big. I think Iori is actually rather pretty and her variety is pretty good for someone of her niche. There certainly are other actresses that compete with Hitomi’s size like Ririka above, but they’re almost always randoms who don’t really do much of anything. Iori’s got some great variety that really sets her apart from a lot of the competition.

This video is pretty simple and focuses a lot on her breasts. I especially like the titty drop stuff at the beginning and how it puts a huge emphasis on her boobs. For a list where the focus is her huge boobs, a video focusing on them is perfect. That’s also something the studio, Cinema Unit Gas, focuses on, as their actresses are all quite busty.

So there’s my beginner series on huge boobs. I think everyone saw this one coming eventually and I’m sure people may have even guessed some of the actresses that made the cut. Hopefully someone who’s just a fan of Hitomi has found some new places to look for similar content.