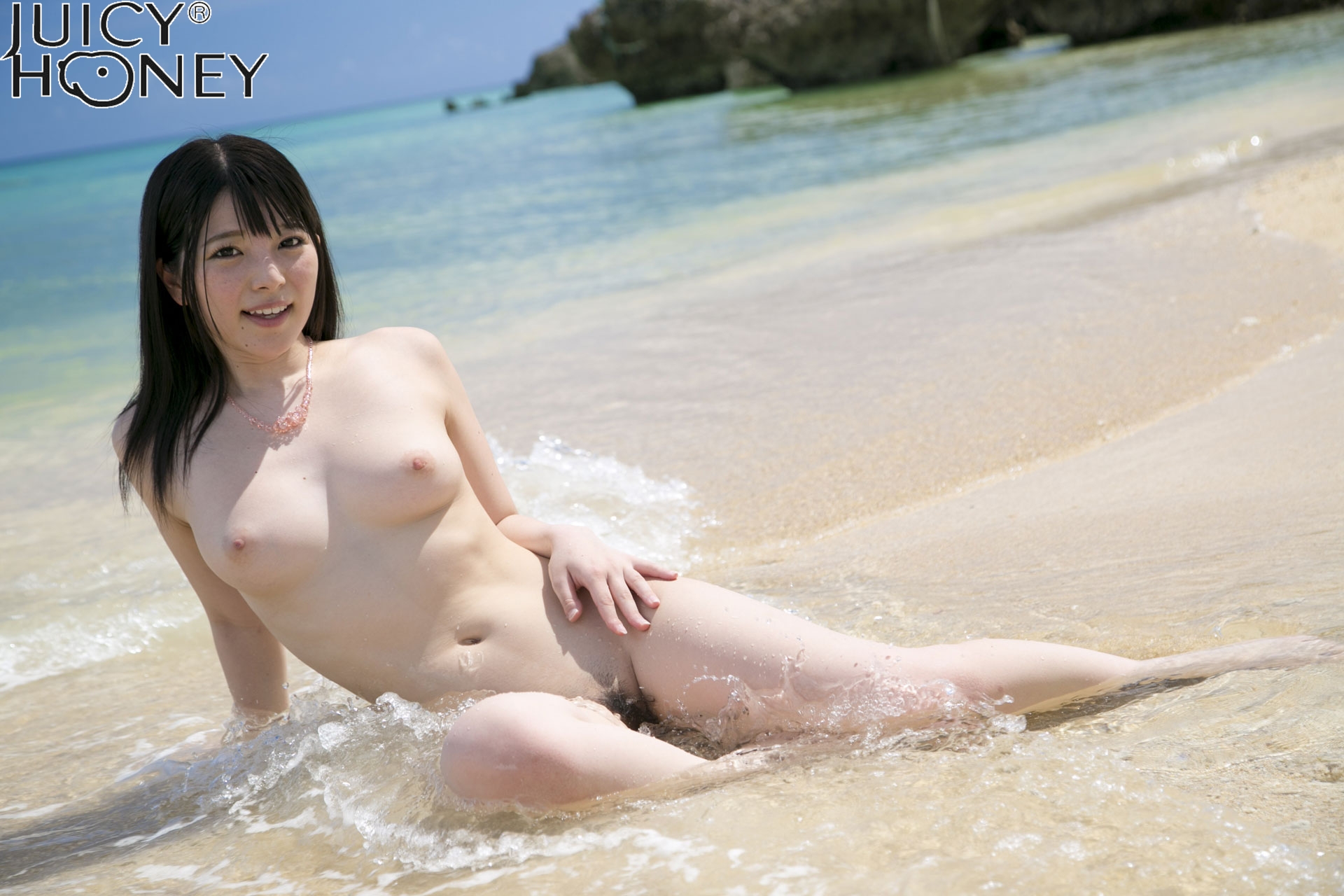 Ai Uehara is no stranger to wacky and silly plots and this is certainly one of them. Don’t ask how but basically Ai gets herself stuck inside a wall and as you can guess she gets taken advantage of. It’s definitely bizarre but Ai pulls it off with a fitting performance. Expect tons of creampies as well which really goes hand in hand with this theme. Free use is also a huge factor too if that’s your thing.

This was a video that I just recently discovered. And I’m glad I did. As you can tell from the cover it’s all mainly ass focused with Ai wearing a variety of costumes relating to different themes and scenarios. Some examples being an american school girl, waitress and a devil outfit. That variety also lends itself to her acting as well. Cosplay, Ai Uehara and non stop focus on her ass. What could be better?

I’ll be honest here and say I have no real idea what’s going on. It seems to be some kind of team based hide-in-seek game with Ai, Koharu and Hibiki involving creampies. Subtitles would definitely help a lot here. Anyway it’s a very fun and entertaining video despite not understanding it.  Lots of sex and creampies to be had.

“After That, We Fucked Hard“

One word to describe this video, intense. The plot here is basically her taking non-erotic situations and turning them into crazy over the top and lust filled fuck fests. Such as when she drops her papers and some guy picks them up for her and they touch hands on accident. Five seconds later they start fucking. Kinda weird but it makes for some intense action.Which speaking of the sex, it’s absolutely incredible here. There’s several full sex scenes along with some great blowjob and outercourse scenes that are all very, very intense. Also they each feature a unique scenario helping things feel fresh for every scene. Compounding this intensity is Ai Uehara’s standout performance. This is her at her absolute best. Her raw enthusiasm  and energy is unrivaled and she keeps this going throughout the entire film from start to finish. She makes even the run of the mill handjob scene into something truly memorable and entertaining. Also I can’t forget to mention how nice Ai looks. There’s some great outfits here such as a nurse uniform and a pair of ripped pantyhose. This film does a splendid job at showcasing just how explosive of a performer Ai Uehara was. Her insane high energy and intense acting is on full display here. Couple that with some great action and varied scene scenarios and you’ve got one hell of a video.

Ai Uehara as a sexy and slutty ninja, hell yeah. By far one of the most unusual plots Ai Uehara has ever taken part in. In this one she plays a female ninja who is super slutty and dominates and forces guys into sex. Definitely wins points for originality plot wise. Overall it’s just one of her most unique videos ever, which is saying something. It all starts with her appearance. While she only wears one outfit pretty much with that being her kunoichi uniform it looks really good on her and it’s certainly memorable. Beyond that she looks sexy as always. The action is another highlight as every single scene is terrific and boasts its own distinct premise. In one scene she’s tied up and gets raped but halfway though she turns the tables on her two captors and fucks them silly. Or in another when she captures her target by surprise, restrains him and proceeds to use literal shadow clone jutsu to make a double of herself and jerk the guy off. You’ll be entertained from beginning to end. And as you can guess Ai brings her usual high energy and intense acting here. She does a fantastic job at settling into her role and makes it believable. Plus her facial expressions and body language are on point too. If you want something a bit different and unique then look no further.

The nurse is ready to see you now. This is easily one of the more interesting and memorable videos on my list. In this Ai Uehara plays a nurse who goes around a hospital and has sex with an assortment of patients. There’s no cuts at all as it’s all just one long scene of her moving room to room having sex. Hell at one point she’s riding a guy in a wheelchair as he moves through the hallway. Overall it has a real sense of professionalism to it and Ai does a great job at playing her role. Which leads me to her performance which is solid for the most part. You won’t see Ai in her “semon demon” mode here as she’s more subdued but she’s still on point. Adding to that is her appearance. She of course is in flawless shape and her wardrobe is great too consisting of the typical nurse garb. What’s nice is that the nurse uniform isn’t overly slutty which helps make the premise more believable. Last but certainly not least is the incredible action. It’s nearly non-stop all the way through and features loads of creampies and entertaining scenes. There’s even a nice pov scene at the end. Definitely one to watch if you have a fetish for nurses, hospitals and creampies. Now if you’ll excuse me, I think I’m feeling ill…

One of my all time favorite series here. Most of you reading this are probably aware of it but I’ll break it down real quick. They bring onboard “random” strangers to see if they can last 10 minutes with Ai. If they last 10 minutes, they have the choice to either take the money or fuck her and, if they can last another 10 minutes, they receive twice the money. Ultimately it’s a win-win situation. It’s a fantastic premise that allows for Ai to act natural and be herself which she absolutely does here. This is yet another example of Ai at her best. Extremely energetic and engaging with great facial expressions to boot. She makes every single scene here fun to watch and super entertaining. As always with this series the outfits used here are terrific. They’re all varied and suit her quite nicely. No weak ones to be had at all. The sex is another masterful highlight. While most of the action does consist of handjobs, blowjobs and outercourse it’s all amazing thanks to Ai’s intense and enthusiastic performance. And when the sex does happen it’s all fantastic thanks to some nice creampies and sexy positions. Overall REAL-535 is an entertaining non-stop ride from start to finish. Getting to see Ai in her natural element is a treat and will no doubt blow you away.

I’m really not a big fan of the rape genre. However this is one of the few exceptions that I really enjoyed and would actually say it’s one of my personal favorites of hers. Ai Uehara plays a secret agent who goes on a mission to rescue her friend(Yui Hatano). She gets caught and subsequently raped. Then afterwards a drugged Yui ends up fucking her with a strap-on. But then the tables turn as Ai gets drugged while the drugs Yui took start to wear off. It all culminates in a final scene where the two get fucked side-by-side with Ai loving it and Yui being submissive. By far one of my favorite rape plots. In addition the action is fantastic with a nice variety in the scenes. There’s group sex, one-on-one scenes and even the aforementioned lesbian strap-on scene. When it comes to their acting both of them are pretty spot on. They each play roles well and act appropriately when needed. Yui does a solid job but Ai is just a bit better. She delivers both submissive and dominant  style performances to great effect. And lastly the two of them look terrific here. Not only does Yui look sexy in her catsuit but Ai looks stunning as well in her tight skirt and revealing blouse showing off her cleavage. I cannot recommend this one enough, especially to rape fans. If you’re a fan of the genre then add this to the top of your watch list.

I’m not sure who the target audience is for this but good lord this one is awful and dreadfully boring. Half of the video is spent on Ai cooking a meal and then the other half is a simple one-on-one sex scene. And even then the scene is bland and forgettable. Absolutely avoid this drab waste of a video.

Sometimes I can enjoy a rape themed video but more often than not I dislike them so naturally I have this at the bottom of my list. It’s basically just about her being kept in a cage and used as a sex slave. All this while taking place outdoors mostly. I couldn’t enjoy this at all and absolutely hated it. Don’t bother unless you really enjoy rape.

It’s definitely not her worst video but the combination of these two could have been much more. I was hoping the addition of Ai would have elevated Aimi’s performance but sadly not as she’s still her typical whiny self. To make matters worse they barely interact with each at all. No groping, kissing or fingering. They just have no chemistry whatsoever and are too different. Ai is one of the best performers in jav ever along with having an incredible ass and thick thighs. Meanwhile Aimi is a terrible performer with no ass but boasts huge boobs. There’s still some value here and it provides some fappable scenes but still you’ll be left wondering what could have been and just…why?

Ai Uehara was one of the all time greatest actresses to ever grace jav. She was incredibly unique and a true one of a kind. She had mass universal appeal and could attract just about anyone. Hopefully this post has narrowed down her ridiculously sized catalogue and given you some highlights to check out. Whether you’re an existing fan or somehow avoided her all this time. You can just never go wrong with Ai Uehara. 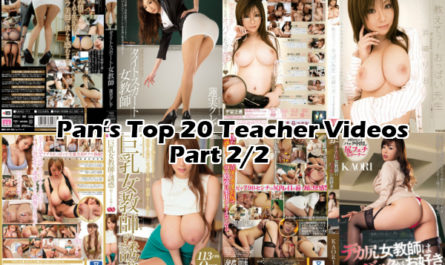