As a preface I would like to state I am a huge fan of anything where the actress is revealed to have no panties (no pan) and the massage parlor scenario (based on my real life experiences). That being established, this one is a homerun for me.

While the DVD cover art may not suggest it (it might be written, but I can’t speak nor write Japanese), this movie is based on massage themes and one shower-based massage scene. Shot in a first person POV for the majority of the scenes and then mixed in with regular shots, this film does its best to keep you engaged. Camera work could use some stability in some scenes but nothing too jarring. She’s talking to you quite a bit in the first person shots and she does a good job talking softly to (possibly?) keep things quiet while you’re having fun with her to keep up the facade of the massage scenario. She is all smiles throughout the film and has nice outfits from the therapist smock, to a skirt with a scarf. Nothing too slutty with the outfits, again, conveying that the actor walked in to a massage place expecting a regular massage with no funny business and no girl walking out in a skin tight mini dress (based on personal real life experience). The shower scene has her in a pink bikini which really amplifies her cute demeanor. She talks a lot which I don’t mind at all. It breaks the monotony of usual moans and screams.

The first scene is her in a masseuse smock, and black stockings, and while it’s nothing revealing, the more she leans forward, the more we realize she has no panties. It’s a nice tease with the smock inching upwards ever so slightly revealing a side view of her not wearing anything. First person POV for this scene and she looks back at you while giving a BJ all while she is smiling. Action mainly takes place while on the massage table and she keeps on the smock. Fantastic lighting really compliments her skin tone and she can work her ass while the actor remains stationary. By the way, the doggy style position really suits her best. An absolute masterpiece of an ass.

Second scene is another POV where “you” are getting a foot massage and she’s wearing a blue top with a khaki skirt. She’s doing her best to keep her pussy covered but we all know that won’t last long. Some more whisper-style talking from her and her skirt gets hiked up and she stares at you through her leg while sucking you off.

Next is the shower stall scene. She oils herself up while rubbing herself against the actor while she has on a pink bikini. Traditional scene for this one and minimal POV. The oil really makes her shine more and is a nice contrast to the lighting inside. She’s fucked in quite a few positions and overall a vanilla scene for me.

Next is another masseuse-style scene where she is face riding the actor before hiking up the skirt to reveal no panties. A more in your face scene where she is out to blow the actor and little else. Scene was not one of my favorites as the room was too stuffy. She uses her foot to get the guy off, which is not really my cup of tea, but hey, it’s there if you like that.

The last scene has the actor giving her a massage. Good scene in that she is supposed to massage him but he gets to massage her. She strips her clothing and again, normal looking clothes, no panties. Great scene aesthetically as it is more open and the camera really gets to move around while she is being oiled up. She keeps on her scarf accessory which is a nice touch.

Massage parlors never have a condom.

Overall a thoroughly enjoyable film for me. The different massage themed rooms are nice and her persona as a masseuse really drew me in. The outfits are nice and are appropriate for the theme. The cons I have for this are only a couple. One of them being a slightly shaky camera angle during one of the scenes, and the other is the decision to do another hand job scene as opposed to a full sex scene. Three out of the five scenes are sex and I think ratio-wise it would’ve been better to do another sex scene. But I am willing to let this pass as I can totally relate to walking in expecting a regular massage and finding out she didn’t wear any panties.

So, much like Yuu Shinoda who has no panties, this film is ready to go. Find it, download it, order the DVD, however you can get this on your screen, this is a solid film ready for repeat viewings. On a scale out of five, five being the best, this is five. 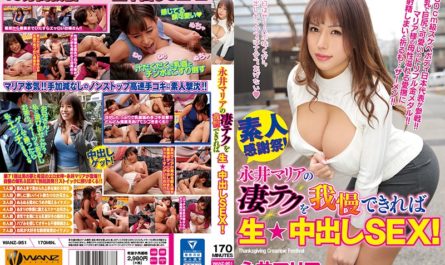