Everyone loves boobs. They come in all shapes and sizes. Some of course look better than others and I’m here to pick my personal top 10 favorite pairs of boobs in all of JAV. Now I’m sure a lot of you will disagree with some of my choices as everyone has their own preferences when it comes to boobs. Some like them small, big, huge, flat or even fake. That being I stand by my decisions and without further ado here’s my list starting with…

May be a surprise pick to some but I’ve recently grown to love Aoi’s boobs. Aoi made her debut back in 2014 and has worked exclusively with S1 studio for her entire career thus far. The main reasons Aoi made my list is that they’re natural, have nice round nipples and aerolas and they’re just so soft looking. They also compliment her body well and don’t look out of place.

When it comes to JAV no one can be as polarizing as Hitomi. You either love her or hate her, there is no in-between. Now I’ll admit I’m partially biased here as I’m a massive fan of Hitomi’s but I can admit they’re not perfect. One of her boobs is marginally bigger than the other and they’re pretty saggy. However I love how ridiculously huge they are and combined with her slim waist makes her appearance that of an anime character come to life. That slim and busty look is a favorite of mine and Hitomi captures it perfectly.

While Minori may not have the biggest boobs around she easily makes my list due to a couple key factors. One of them is her nipples which imo are some of the best I’ve ever seen. Perfectly round areolas and those nipples are just amazing. The other main reason is the shape and size. Nice and round while being very proportional and suiting her body perfectly.

Again like Minori her boobs may not be the biggest but they are aesthetically pleasing and her nipples are incredible. Beautifully shaped and super firm as well. They really compliment her overall appearance very well. It all adds up in giving her one of the best slender and busty figures in jav.

Momoka’s boobs are nicely shaped, pretty big and have a very soft appearance to them. Her nipples aren’t too bad either. My only criticism is that I’m on the fence regarding if they’re real or not. But honestly whether they’re 100% real or enhanced in some way doesn’t matter all that much as her boobs are easily one some of the best jav has ever seen.

Coming in at number 5 is none other than the sexy little mynx Aimi Yoshikawa. Say what you will about her acting but her boobs are fantastic. All natural, firm and quite large for a girl her size. Which leads me to one of my favorite aspects of her body, her petite and busty look. Her boobs look amazing on her 5 foot tiny frame. Factoring all that in and its easy to see why Aimi makes my list.

There’s a reason(or two) that Julia has been around for 7 years now and is still one of the most popular actresses out there. Her large and natural boobs are some of the best to ever to grace the scene. They’re relatively shapely and her nipples are quite nice as well. Also they accent her look very well giving her a nice slender and busty appearance. Now Julia would rank a little higher if only she’d didn’t lose so much weight and as a result causing her boobs to shrink. I would say they’re still great but they used to be utterly amazing. Even so Julia still ranks high for me and is one of my top favorites.

Choosing between my number 1 and 2 was very difficult as both are true perfection in every sense of the word. Now when it comes to Anri Okita there’s always a debate on whether they’re real or not. I myself am leaning towards them being enhanced in some way. That being said it doesn’t matter to me as they’re a work of art. Everything from her nipples to the shape and firmness is just perfect. They also match her body beautifully and really come to together to give her a great, curvy look. Boobs just don’t get much better except for… 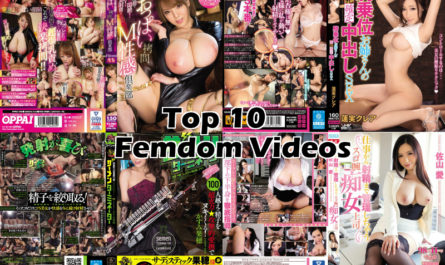 0 thoughts on “Top 10 Favorite Pairs of Boobs in JAV”

Leave a Reply to will z Cancel reply