Julia’s entry into my all-time favourite series. I imagine a lot of people are reading this wondering if Julia can put forth the performance needed, and I can happily say she does. Where Julia can sometimes struggle and come off as not acting very well, she pulls off one of the best performances of her career.

As the story starts out, the gf brings her bf to her house and meets Julia. When they’re leaving, the gf goes to grab something she forgot and Julia offers to tie his shoes, then she gets down and her suit has one too many buttons undone. She proceeds to try and show him into her shirt, it all seems a little forced. It escalates fairly quickly as she takes off her suit, then takes out her breasts, and finally starts blowing him/giving him a paizuri. They almost get caught when the gf comes down, Julia using her suit jacket to cover her open shirt. The scene cuts there.

In the second scene, the bf and gf have sex using a condom and Julia comes and spies on them. The bf finishes really quickly. Weirdly, the bf’s back is to Julia and the gf is in missionary where she might see Julia, but the sister doesn’t notice for some reason. Probably too occupied with the sex, which is reasonable. The scene then cuts.

In the third scene, Julia’s vacuuming in the hall with a very loose-fitting shirt, just some boxer shorts, and no bra. There’s no way it leads to nothing when he comes out of the bedroom, and she soon pulls down his pants and starts blowing him. After some blowing/tit play (not much of a paizuri), they proceed to sex. They do it in various positions before he finally creampies her. They change really quickly after and just dodge the gf noticing. The sex looks pretty nice, including a standing position where he fucks her from the front.

In the fourth scene, they’re in the living room, the gf playing PlayStation, and by the sound of it, Pac-Man. Julia and the bf start fooling around on the couch behind her. The gf is lying over the table in the front, but when she re-positions herself behind it, Julia and the bf have to move back and stop for a moment. Julia, on a different couch, starts to play with herself and tempts him until he can’t endure and has to go over. Eventually, Julia elects to take it outside to the balcony, separated by a sliding glass door. They continue outside and start having sex, even doing it up against the glass. From the various angles, you get to see the gf in the picture as well. They’re good about using angles from inside the room and outside the balcony that show the girlfriend. After a while, they move into a dining area where they continue for a while until he creams her.

In the fifth and final scene, Julia visits them at night. This goes per usual, she starts blowing him, paizuri, then sex. Julia’s very good at keeping her voice down. At some point, they turn on the light before continuing. Afterwards, Julia decides to wake up her sister and announce what they’re doing. She has a dialogue with her sister that seems to say: look, I stole your boyfriend because oppai and creampie, deal with it. Her dialogue is rather long, and she continually acknowledges the sad/crying sister beside her. After she gets creampied, she still has a dialogue/look on her face that’s very good.

Julia looks fantastic in this video. I disliked the first suit she wore, and the use of it felt forced when she was tempting the bf. However, she played it well using the jacket for cover later, which made up for it. The loose shirt and then the sweater she uses in the second last scene are absolutely great. And, like with a lot of Julia’s more recent videos, she looks fantastic. Julia’s face has looked different throughout her career, but she’s absolutely stunning currently.

Her acting is actually quite good in this video. She’s good at knowing when to tell him to be quiet as well as when to cover her mouth because she might moan too loudly. She does a good job at tempting him, what with playing with herself on the couch, both with her pussy and licking her tits. In the most important scene, she successfully manages to convince me of the action. I think maybe a bigger grin when she smirked would have been nice, but if that’s my only complaint, enjoy your rating, good woman. I think more than anything, giving Julia clear direction on how to act really helped her. When they have just a standard scene, she kind of lets go and really succumbs to how pleasurable it is, often becoming a bit of a mess and needing the guy to move things forward. In this video, she did a good job of remembering to move the scene along and keep up her acting. She also doesn’t really over-act like she often can be seen doing.

The sex looked absolutely fantastic. Julia’s breasts move around nicely, and they were large enough to properly paizuri. They manage to do a lot of standing positions that look hot, especially when she’s up against the window and her breasts keep flapping into it. Keeping her sweater partially on during that was also nice, as I really like how that sweater looks on girls. Julia’s also pretty good at keeping herself in control.

The plot is very good in this one too. They start off with something small to tempt him, including a small build-up where she first meets him. They actually don’t even finish in the first scene, which is great because it just leads into more desire from the guy. There are no issues in the video either, and it flows nicely throughout the day. The closest they come is the sister getting it in missionary in a way that, if she held her head up, she’d see Julia, fully clothed.

The scenes are also well done. No bathroom scene is top notch for me, as that scene generally feels out of place. They had a couple of scenes where they almost got caught, even right at the beginning and then when they were getting busy in the living room. They transitioned nicely during scenes as well, like moving from room to room. The only weird part was when Julia left in the final scene and came back with her turning the lights on. She woke up her sister, which was weird but also unique. I end up neutral on it just because it’s nice to see variations in how they approach introducing the girlfriend at the end. 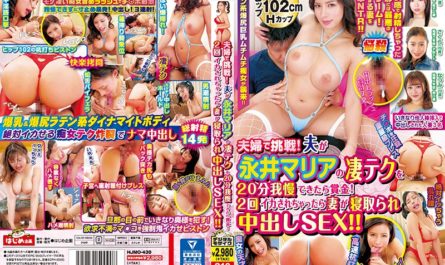